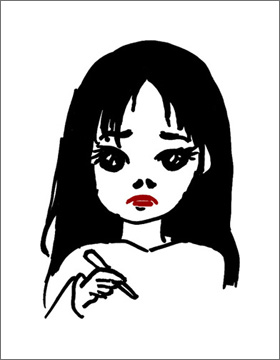 Beate Brown
was born all right, but we don’t know when. Not that it’s anybody’s business. Anyway, she’s alive and kicking; and an avid reader of Mslexia http://www.mslexia.co.uk  (and really a Miss Lexia in her own write). She’s been around, having roamed the seven seas on a surfboard and settled for short spells in England, New Zealand and various parts of Germany. Beate Brown currently lives in the bad part of Berlin, and, yes, she’s all spoken for. What else? Well, she read American Literary History in Marburg, Yale and Berlin, and gleaned an M.A. for her trouble. Not that she needs it, what with her own penwomanship, her poetry published in Wellington and Berlin, and at least two novels hidden underneath the mattress. So there. Just bear with us, we’re going to press directly …

Georg Guillemin
was born in 1965, the year the US Air Force launched Operation Rolling Thunder. The air strikes of the latter met with as much success as the former’s publications, which include two-and-a-half volumes of photography (not listed above: Erster Akt – Junge Frauen in Berlin, Berlin: 2001), and some groundbreaking lit-crit (The Pastoral Vision of Cormac McCarthy, College Station/Texas: 2004). He studied American Literary History in Munich, Santa Cruz and Berlin, but quit eventually. Almost at home in Berlin, he makes his money translating, only to fritter it away with frolics like said publications (as Uncle Arthur would say). He’s married, father to one child, and generally harmless. But be on your guard: he, too, has tons of fiction waiting in the wings.

And All the Rest of Them
So you think we just have two authors? And one of them really running the whole shebang? Pshaw! We’ve got writers lining up three deep right outside the door, waiting to get past the underdog, doubling as Cerberus these days. We’ll be good for at least another two or three books before somebody stops us (most likely the top dog). Maybe one with aphorisms of Gerry Hinkle (Hinkleisms, we’ll call it). Or one with Uncle Franklin’s words to the wise. No, wait, we’ll do one about the mystery of Paul’s DS with the “Les Pres Marcotte” decal down here on Kantstrasse. Yeah, watch us, here we come … 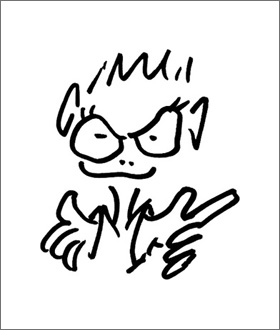